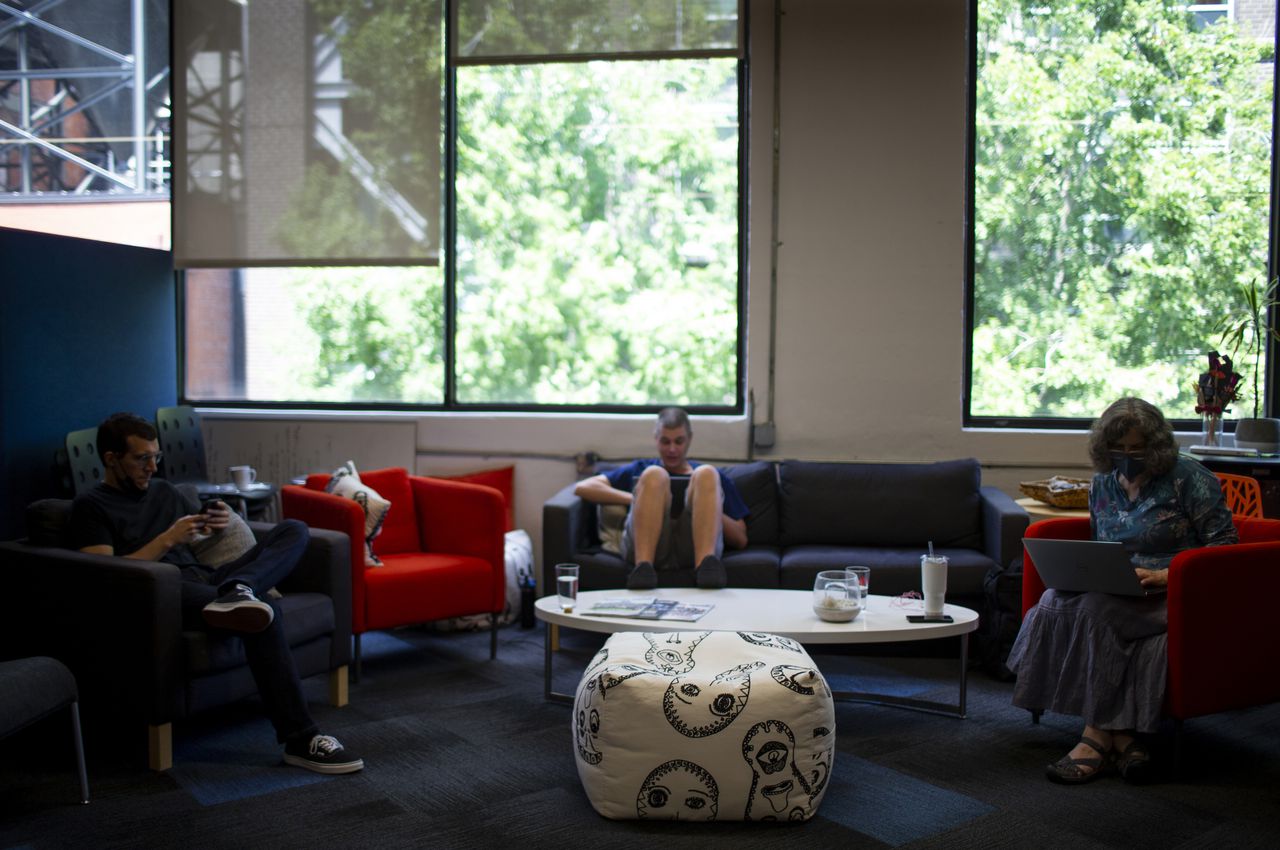 When visitors enter hotel lobbies at hospitals, they are often prompted to connect to the local Wi-Fi network. This is where technology company Eleven Software Inc. works its magic, offering the leading cloud-based Wi-Fi management platform. While Eleven’s sleek interface keeps users connected effortlessly, its corporate culture is anything but superficial. The company’s close relationship with employees made Eleven a third consecutive winner of The Oregonian/OregonLive’s annual Top Workplaces competition. Anonymous employee feedback, collected through a third party, determines Best Workplace winners.

“Our culture is so caring,” said Sarah Stephenson, chief human resources officer at the 44-person company. “Every time I onboard an employee, I don’t have to worry. Everyone really cares about each other.

Stephenson has been with Eleven for five years. Prior to joining the team, she researched corporate executive leadership. Stephenson knew it was a good choice when she understood Eleven’s clear commitment to employee well-being and genuine respect for every team member.

“They put people first, and you feel it the moment you walk through the door as an employee,” said RuthAnne Day, a software engineer who has worked at Eleven for nearly three years. “There are all kinds of little things.”

One of them shows up for meetings every day. “The culture here is that you don’t interrupt people,” Day explained. “It’s unusual anywhere in life, and it’s indicative of the level of respect within the company.” New recruits quickly pick up on this difference at Eleven and find it refreshing, Day said.

There are also tangible benefits that keep retention high at Eleven, such as the ever-improving benefits package. Stephenson and the team review benefit options each year to see if they can add new programs or enhance existing ones. Another perk is Eleven’s impact program, where the company matches employee gifts with the nonprofits of their choice, dollar for dollar. It’s a way for Eleven to get involved in causes that employees want to support.

“One of the things in this culture of respect is that we’re allowed to choose what we work on,” Day said. “There is a lot of autonomy.”

Stephenson added that Eleven’s size allows people to try out different roles. many can expand their skills by wearing different hats.

“We all feel it’s our job to make the company successful,” Day said. “We’re all entitled to have that feeling of, ‘What I’m doing makes a difference.'”

Based in Portland, Eleven moved away completely at the start of the pandemic, a transition that Stephenson said was smooth, given the circumstances. Logistically, the tech company was already equipped with most of its technology needs. However, Eleven’s main customers are in the hospitality industry, a sector that has been hit hard. This caused stress and uncertainty; some members of management took pay cuts to avoid staff layoffs.

More than two years later, Eleven is back to firing on all cylinders, but one pandemic artifact remains: the majority of employees are embracing remote work. Still, Stephenson says the company plans to continue its efforts to gather in person.

“We had events recently where we flew everyone out,” she said. “The office was just buzzing. People were able to see people who were new to 3D.

The light-hearted group, a third of which are engineers, also like to have fun creatively. For example, does the name of the company have a connection with the heroine of the popular show “Stranger Things”?

“No,” said Stephenson – the name actually comes from a set of technical standards that apply to wireless networks.

“But when the first season came out, we had a ‘Stranger Things’ party,” she said. “We are a bit of a geek.”