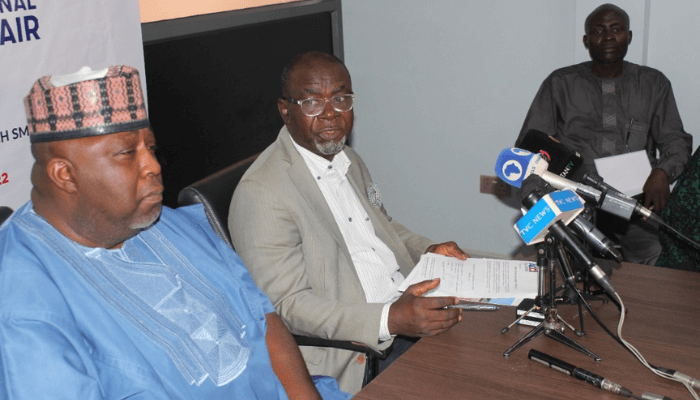 More than 100 foreign exhibitors and potential investors are expected at the Abuja International Trade Fair (AITF), which aims to promote local consumption and export of Nigerian-made products.

The Abuja Chamber of Commerce and Industry (ACCI) announced on Wednesday that the 17th fair is scheduled to be held from September 30 to October 9, 2022. President Muhammadu Buhari is also expected to attend the fair which will bring together various aspects of trade and industry. , foreign ambassadors, businessmen, decision makers, business delegations, entrepreneurs and innovators.

Al-Mujtab Abubakar, President of ACCI, speaking in Abuja, said the fair aims to enhance trade and investment opportunities in the country, thereby providing a neutral and open atmosphere for blue-chip businesses, to trade groups/associations and government.

The President, who was represented by Johnson Anene, ACCI Vice President, Mining and Chairman of the National Chamber of Commerce Trade Center (NCCTC), said more than 150 local exhibitors had expressed interest in attending the fair, which he said has served Nigeria as a trusted global business destination. and a potential market for over 50,000 consumers.

He informed that the 17th AITF is focusing on exports, hence the theme “Creating an export-ready market through the digitalization of small and medium-sized enterprises (SMEs)”.

According to him, digitalization offers a range of opportunities for SMEs to improve their performance, drive innovation, increase productivity and compete on a level playing field with large companies, reflecting: economies of scale; reduced operating and transaction costs; and reducing information asymmetries.

“Digital tools bring many significant benefits to businesses, as digitization reduces transaction costs by providing better and faster access to information and communication between businesses, suppliers and networks,” he said. he declares.

“Over the past decade, the emergence of increasingly powerful digital technologies and digital infrastructures has transformed and continues to transform business processes, organizations and corporate culture with new innovation processes, marketing models and types of products/services. It is rapidly becoming an increasingly central issue for businesses, hence this year’s focus theme: creating an exportable market for SMEs,” added the President.

“The show is always the right place to meet the right people who will help take businesses to the next level.
The opening ceremony of this mega trade fair would take place on October 4, 2022,” he added.

Mohammed Bello, Minister of the Federal Capital Territory (FCT), represented by Agboola Dabri, Secretary of Economic Planning, Revenue Generation and PPPs for the FCT Administration, noted that the fair would be an opportunity to to increase the internally generated revenue of the nation’s capital while noting that government revenue is declining.

The minister said the fair will also be an opportunity to show that FCT is safe for business. He assured that the main security threats in the city and the citizens will be safer.