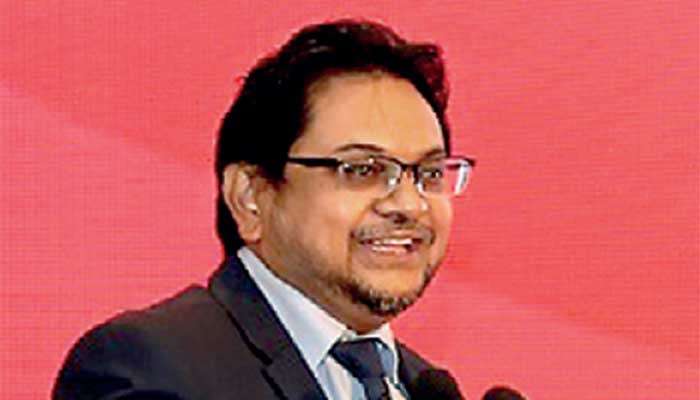 The Institute of Chartered Accountants of Sri Lanka (CA Sri Lanka) recently hosted a CEO Forum Breakfast which focused on what Sri Lanka needs to do to move from crisis to sustainability as the country fight against the worst economic disaster in its history.

Verité Research Executive Director Dr. Nishan de Mel delivered the keynote address at the event which was attended by top CEOs and company presidents. The keynote address was followed by an insightful panel discussion attended by the Director General of the Fiscal Policy Department of the Ministry of Finance, Dr Kapila Senanayake, the Chairman of John Keells Holdings and the Deputy Vice Chairman of Ceylon Chamber of Commerce Krishan Balendra, EY’s Country Managing Partner in Sri Lanka and the Maldives, and Manil Jayesinghe, outgoing Chairman of CA Sri Lanka, Thilan Wijesinghe, Chairman and CEO of TW Corp Ltd. and former chairman of the BOI, and Dimantha Matthew, head of research at First Capital PLC. The session was moderated by the President of CA Sri Lanka, Sanjaya Bandara.

Governor of the Central Bank of Sri Lanka, Dr. Nandalal Weerasinghe, Commissioner General of Revenue, DRS Hapuarachchi, and Chairman of the Securities and Exchange Commission, Viraj Dayaratne PC were among the special guests who attended the forum.

CA Sri Lanka Managing Director, Dulani Fernando, set the tone for the event by delivering a welcome speech in which she explained the need for collective effort from government, policy makers, private sector, public sector and professional organizations to play their part in helping to rebuild Sri Lanka’s economy.

“As a leading professional body, CA Sri Lanka has already taken the initiative to organize the first ever tax symposium where we deliberated and discussed prudent tax policies for economic stability and earlier we also submitted a comprehensive package of proposals to the Ministry of Finance and The Central Bank is focused on reviving the economy,” she said.

In his keynote address, Dr. de Mel gave an overview of the country’s current economic situation and highlighted inflation, which has reached 64%, while food inflation is at 93.7%. He noted that food inflation was “particularly worrying” as it has huge implications for poverty and poverty lines. “In 2019, the poverty line was 6966, but in July this year it is about to double, and when poverty lines double, the poverty level can even triple,” he warned. .

He said that when business is business as usual, the results will also be the same. Continuing to elaborate, Dr de Mel pointed out that “business as usual” means that over the past 56 years, Sri Lanka has been part of 16 IMF programs and has failed to complete seven of them. them, which were long-term programs. “We have a record where we haven’t achieved that kind of goal. So if all is business as usual, then we should expect the results to be “usual” as well, meaning we might even miss this IMF target, and then the expected projections won’t be not achieved and Sri Lanka will be in trouble again five years from now asking the world for help again,” he warned.

During the roundtable, Balendra provided a detailed overview of how the increased power shortages and outages in previous months had impacted day-to-day operations, in addition to detailing new measures that his company took to educating farmers on better farming practices, as many had relied on and abused the heavy subsidies given in the past.

Sharing his experience, Wijesinghe, who has been involved in several privatizations of public entities in the past, explained that what Sri Lanka needs to succeed is “political leadership” without which the country will return to starting point.

While emphasizing the need to raise awareness and educate the public on why paying taxes is important and how it helps the economy, Jayesinghe said it is also important to look at the whole picture. equation of incentives and why they should only be given if it contributes to the greatest growth of the economy.

Dr Senanayake said that in the past Sri Lanka had gone through a series of crises but this is a serious crisis and blamed a legacy of policy mistakes and missed opportunities for reform that have brought Sri Lanka to the present state.

Matthew predicted a ‘recovery’ with new SMEs likely to establish themselves early to mid next year. However, he warned that positive GDP growth will not be seen until at least the fourth quarter. “If this is the case, the negative GDP growth will continue for a longer period and the financial sector should be particularly focused on survival, until the economy gets back on track.”

Where does the Nets culture go from here?